During my decade back birding on the Medway, there have routinely been surges helping to drop flotsam on the highest tidelines. Where I found my deadeye. The nautical name for those circular wooden blocks you see in rigging, blocks with a groove round the circumference to take the rope. I like to think it came from the hulk of an old Thames barge. 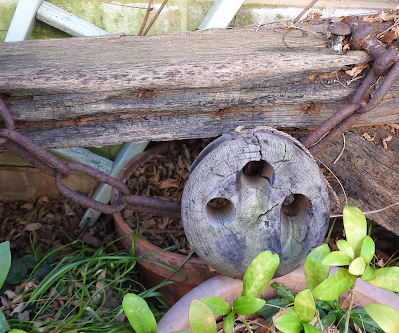 Of course, at some point Deadeye earned a second, more well-known meaning: an expert marksman.
---- 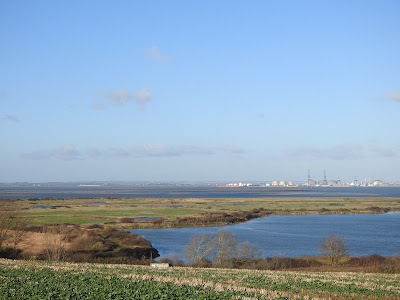 From the WeBS counter handbook: "The route should be designed to ensure that the whole count area is viewed (the reliable range of most binoculars is around 500 m, especially if species are in mixed flocks; with a telescope, if topography and weather conditions allow, experienced observers can identify birds up to three or four km away).."

500 metres with binoculars? That's Deadeye. Sure, nice if you can get closer than that, and have enjoyable views of your birds, but that's general birding. WeBS is a job, getting that estuary total calculated to the most accurate number. You're in the Marines now soldier, and if you're the best, then you shouldn't be on the easy stretch, you're needed on the toughest.

Agent Leroy Jethro Gibbs uses a M40A1 sniper rifle, which has an effective firing range of 800 metres. If that terrorist even squints to break wind, Agent Gibbs will have him.

Pfft. Agent DunnoKev uses a Swaro' x30-70. He can pick off a Dunlin at a four kilometre distance. 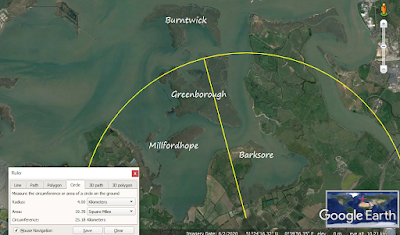 Yesterday it was clear that some birds were moving from the eastern basin over the high tide, to join western birds around the Hoo area. Steady pulses of braces, tens, twenties coming in from the west.

Today, in good light, possible to pick up the big flocks out over Greenborough and Burntwick, and simple answer to how many move- not many as a percentage of the birds hanging on there. The old inner seawalls might have been under water, but in places, just under water and lines of waders played tippie-toes over the submerged ground. Constant motion. Birds that could no longer hold on had to move and try to fit on at the next; often, both sets of birds up. But few flocks willing to make a longer flight, either to the north shore or to the western basin. A scan showed 'islands' left, and a fair sized chunk of Burntwick as well, but unappealing. As land above the surge zone, often matted. clumped grassland simply not suitable for roosting waders.

So, hold on. Squeeze in if you can, or aerial roost. And wait for the turn.

Wildfowl? Normal tactic of swimming over/ alongside the flooded islands; less wave action, drift, some additional feeding on out-of-reach plants/seed. Again, numbers are brought together by the conditions, and some flight a distance, but most hold on. Today, many dabblers were already on land at quieter sites. Sadly, not many of these. Barksore can hold good numbers, but empty, as was a large amount of Chetney. Working areas. No reserves. Birds get moved around. Luck of the draw.

On the top of the tide, an observer at Shoregate has closer views of the rafting birds and the flock flights. Similarly, the count team on Chetney have good views out over Stangate. But Tiptree, literally, has the overview. 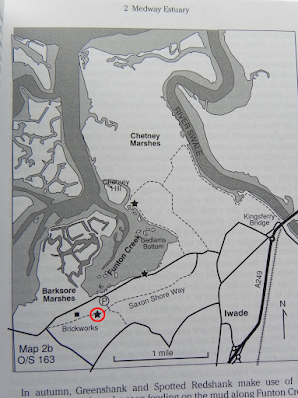 That viewpoint (circled in red, above) has been known for decades - this map a couple of decades old from "Where to watch birds in Kent, Sussex and Surrey", Taylor, Wheatley, James, 4th ed., 2003. (That 'P' should now carry a warning- cars do get broken in to there- safer to park in Lower Halstow and take Saxon Shore Way (new Coast Path will make this walk safer by removing the road stretches- not long now!).

Known for decades that Tiptree gives great (but, yes, distant) views of one of the best spectacles the Medway can provide. Very, very few birders bother. Why? We like honeypots, we like close ups, very few want to count. It should be like a Mecca though; every birder should have to do it once. And soon, as the field is under threat of becoming part of a large solar farm.

And how many more years can the waders hang on? If the shore was safer, those flocks might head for them. They're not. Whether they will be able to provide rest when the islands go, not sure. Plenty of work to be done.

From Tiptree, you can also see where The Lappel was. It's under part of Sheerness docks, right under those wind turbines in the photo above. When I started birding it was mudflats.

There are existing legal requirement to not allow SPAs to deteriorate further. Could an island be saved? We have one reserve out there (Nor), where work could be done. Expensive, but if we had a Lappel Bank situation now (part of the estuary built on at Sheerness where developers found to be guilty of not mitigating for losses) the argument for compensation to stay within this SPA is strong. The Lappel mitigation went to Essex.

'British Birds', Sept 2015, has an interesting opinion piece on the Nature Directives and highlights Lappell (sic). The authors, Farrar and Costello, say Wallasea island a great example of the restorative approach, but at the time the RSPB, in advising on best site, could not see anywhere on the Medway, even their own island reserve Nor marsh, would providing as much value. One can only hope now that the authors and RSPB would agree reparative work needed on this SPA.

"The evidence is unecquivocal: the EU's Nature Directives are effective when implemented properly."

Each SPA has to be defended. The RSPB's involvement with the reprofiling of Hoo island could have led to more, perhaps even a reserve, but didn't (who wants an island previously used as a tip by a Naval Dockyard?). And present plans for schedule one breeders Sandwich Terns include providing (and hoping they'll find and use) to habitat elsewhere on the greater Thames. And hoping birds will switch to land roosts onshore where primary use farmland.

You knew it was coming- yes part of that Lappel assessment would of course have been based on available data. Sadly, we know that was flawed data.

Now you know why I went with 'wars' in the title for this trilogy. It's an uphill battle, but there is still time to win some of the small but significant battles here on the Medway, even if we seem doomed to eventually lose the war.

Plenty of loose ends for the next trilogy. 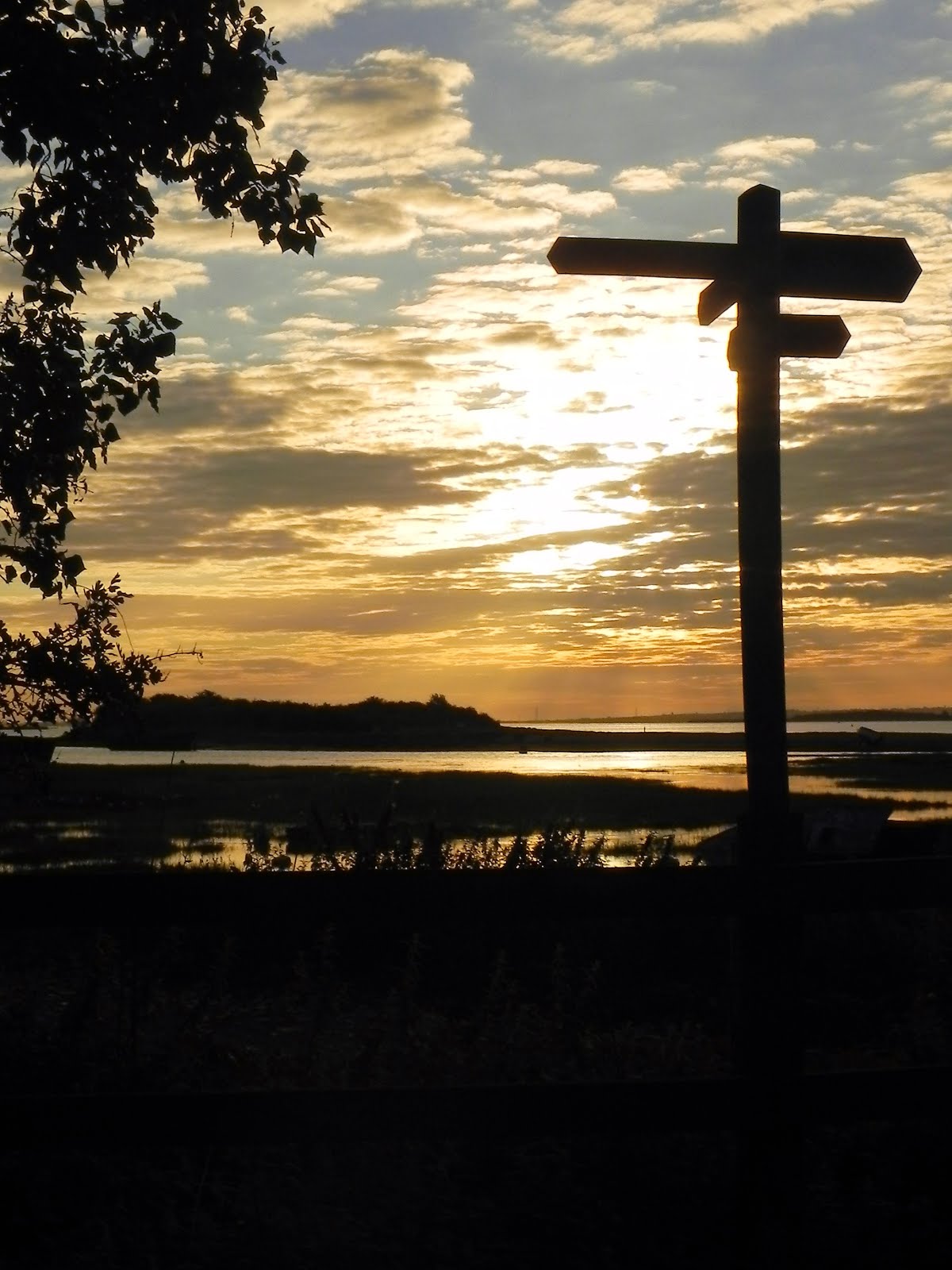 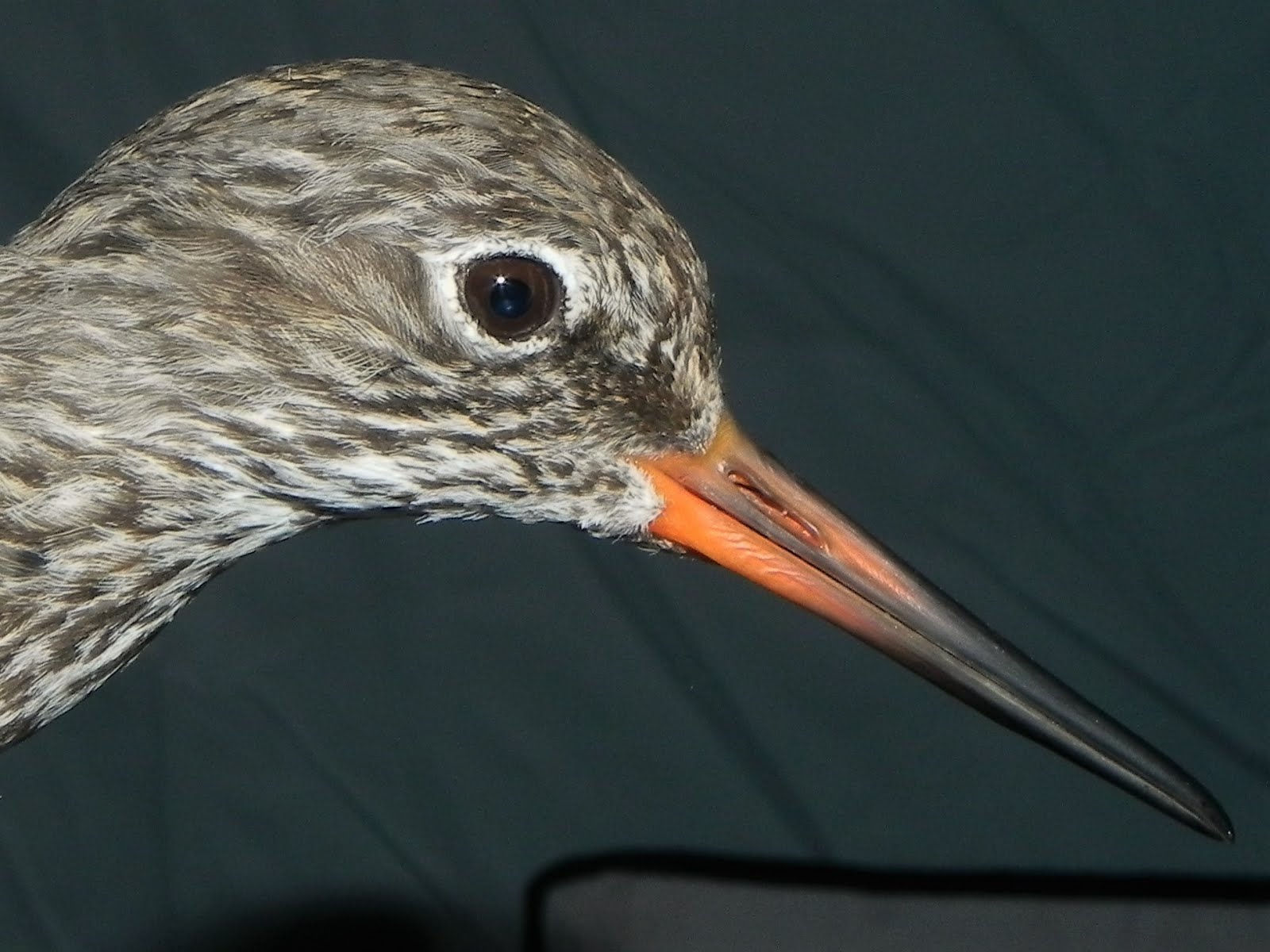 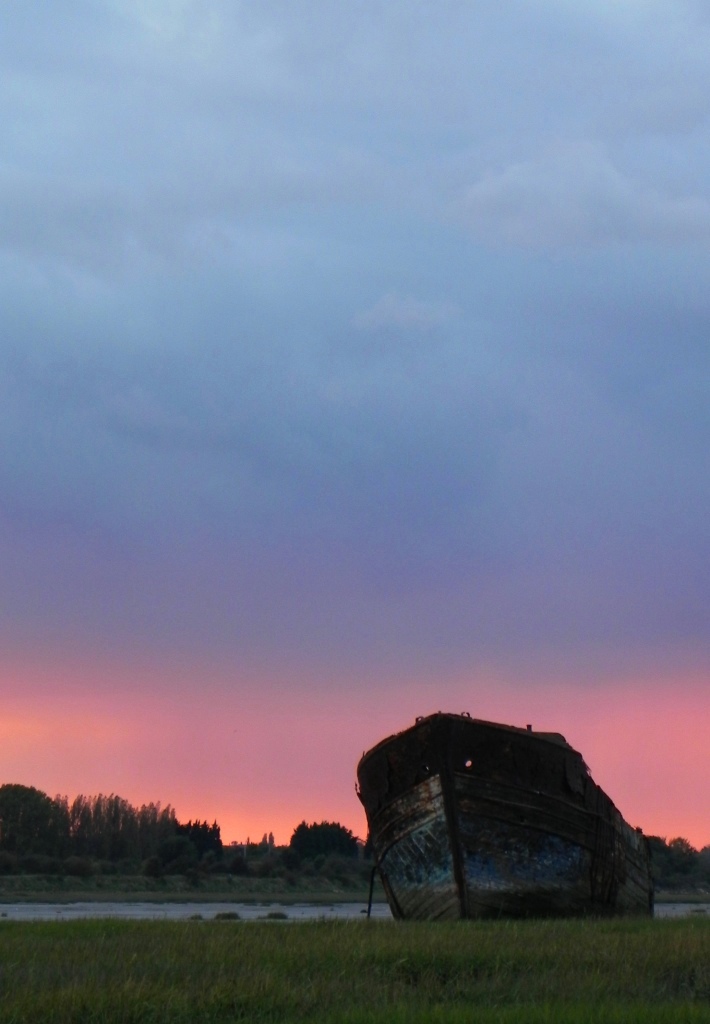 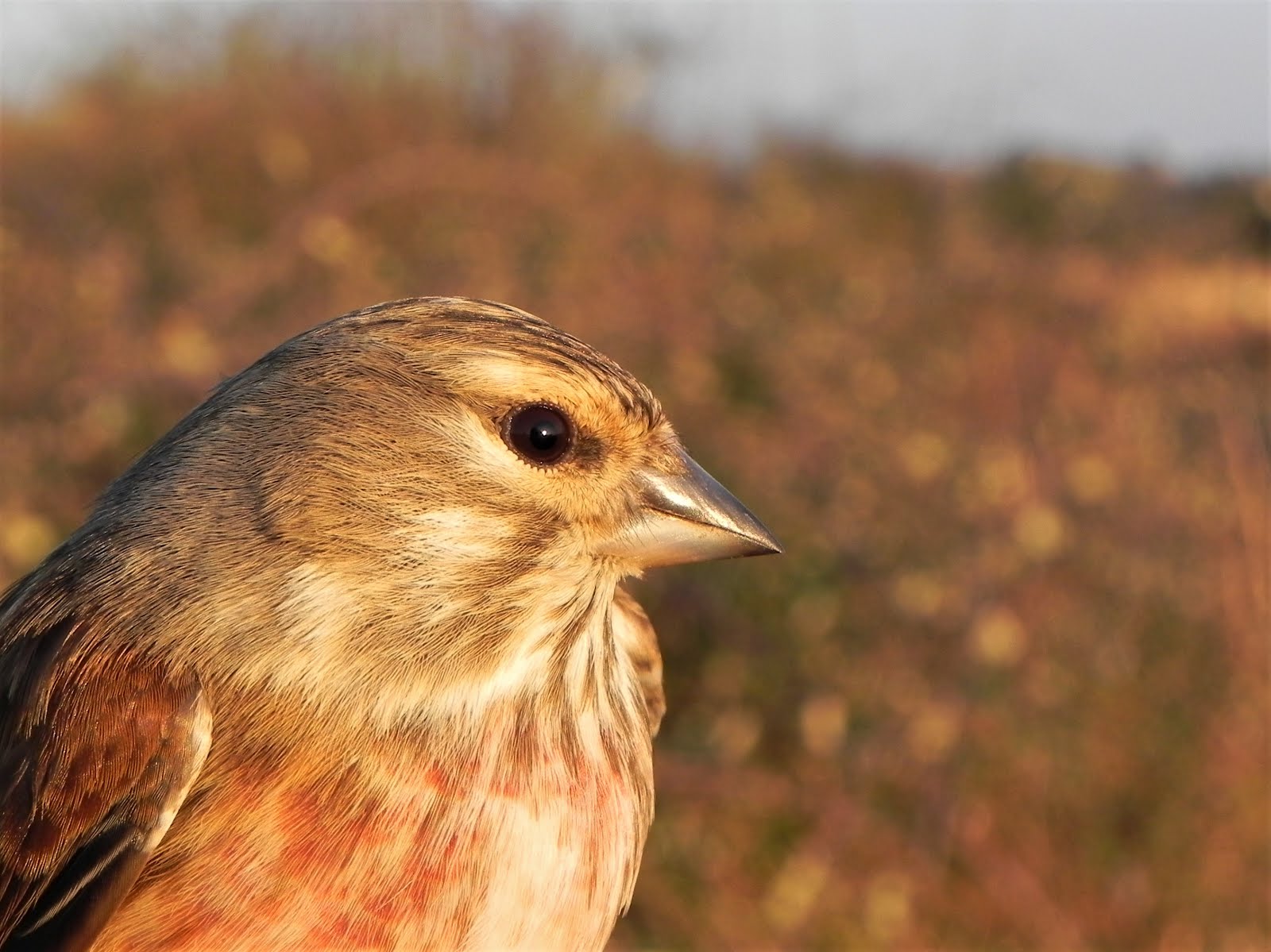 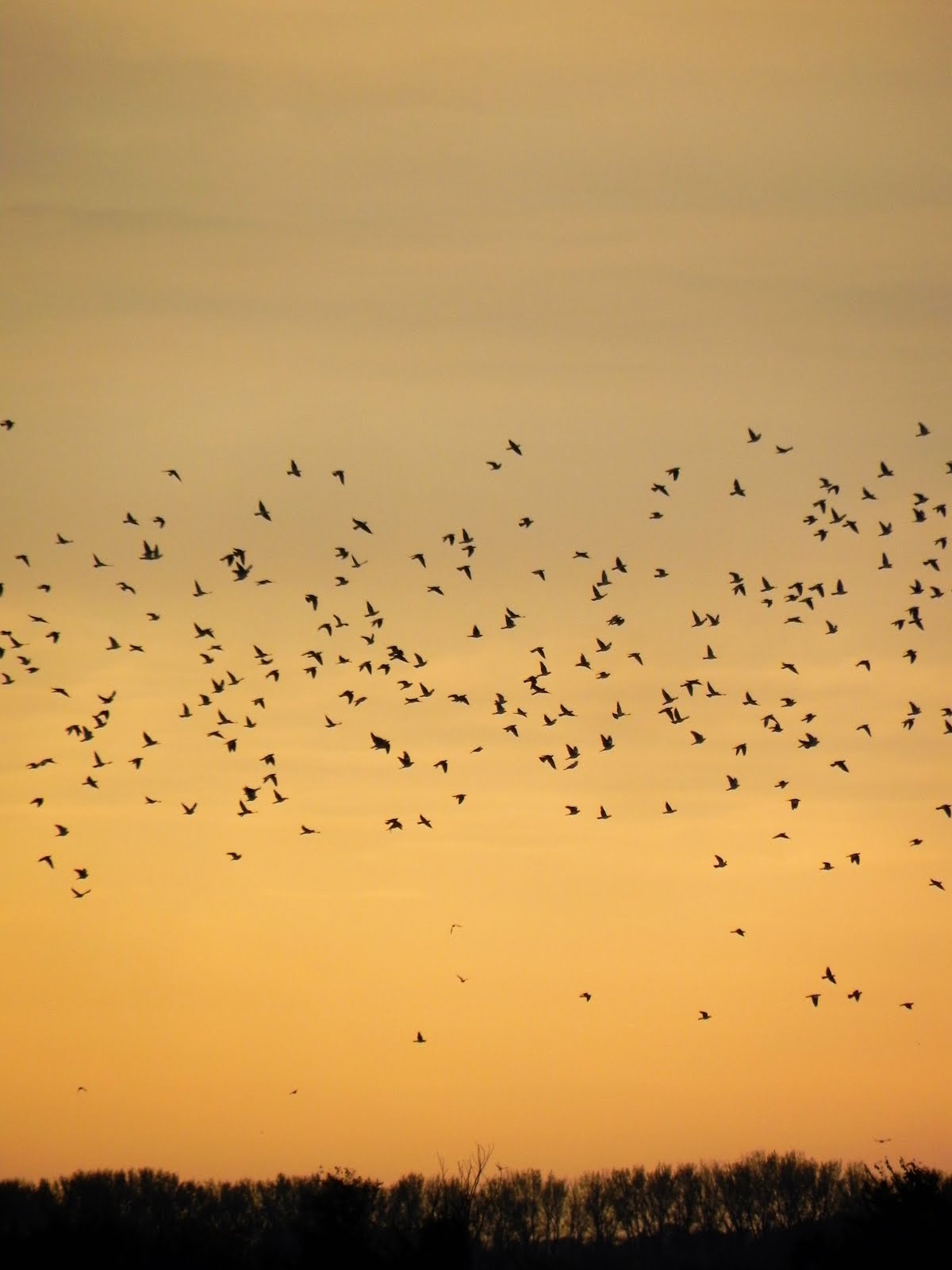 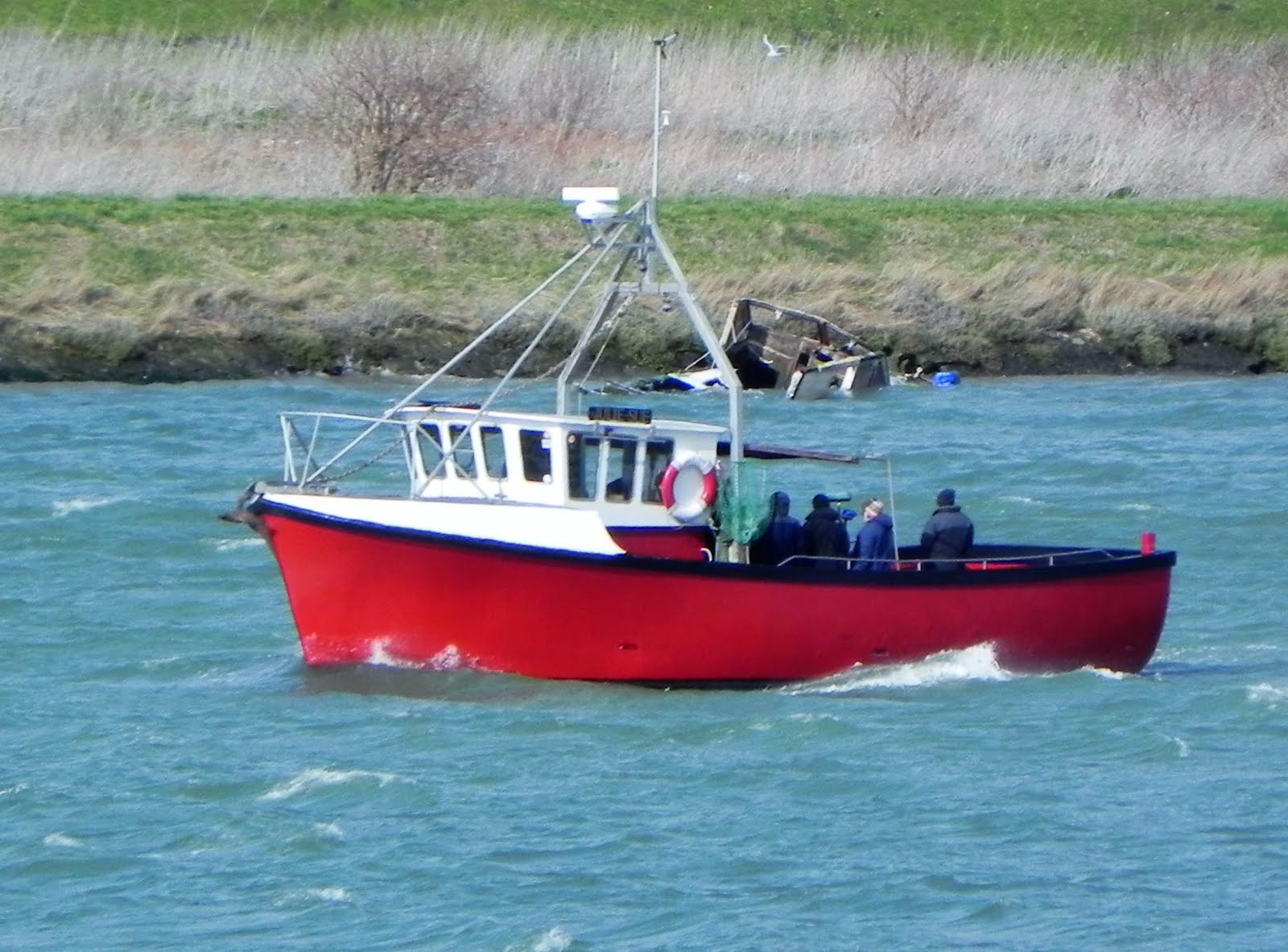 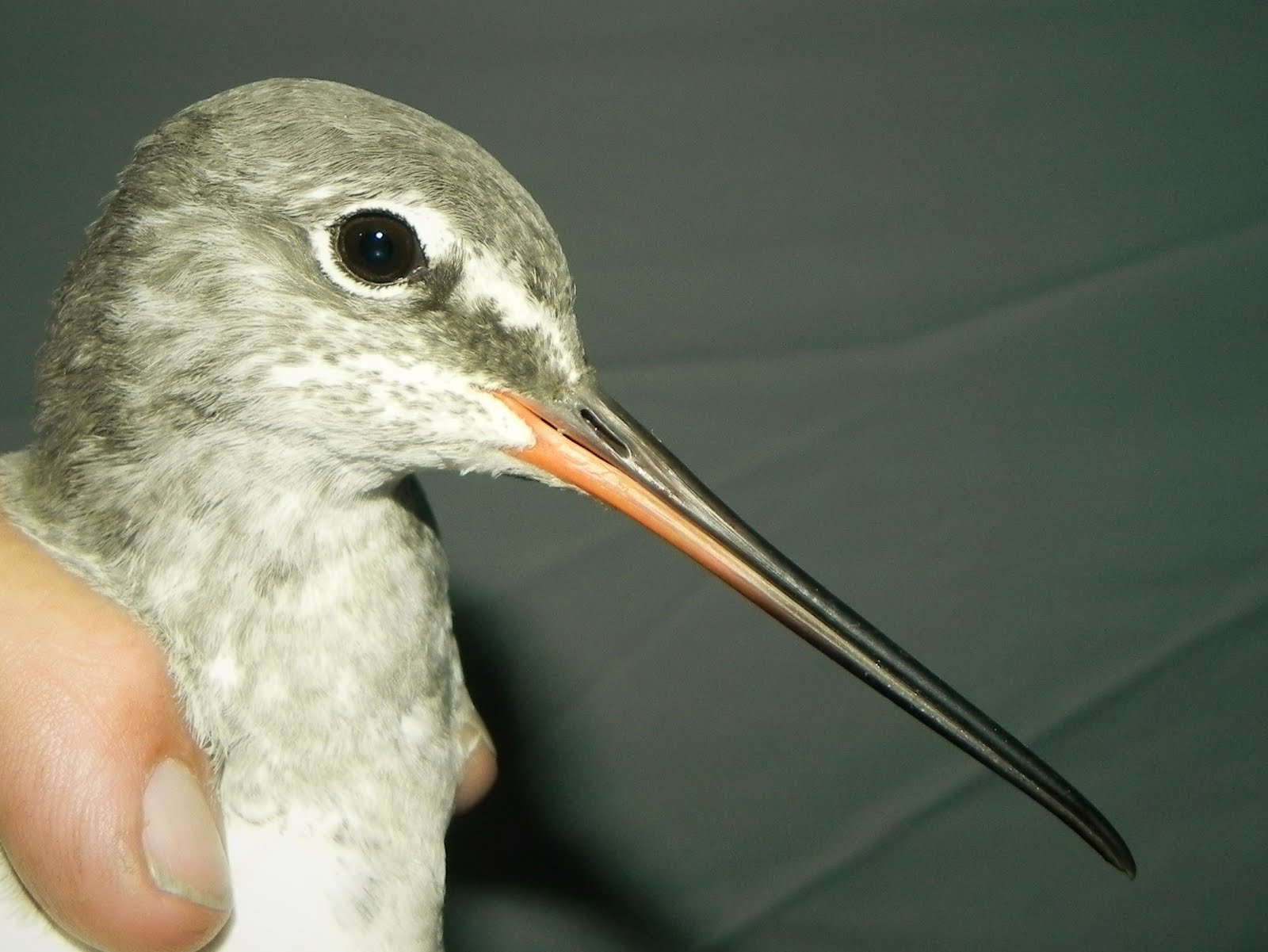 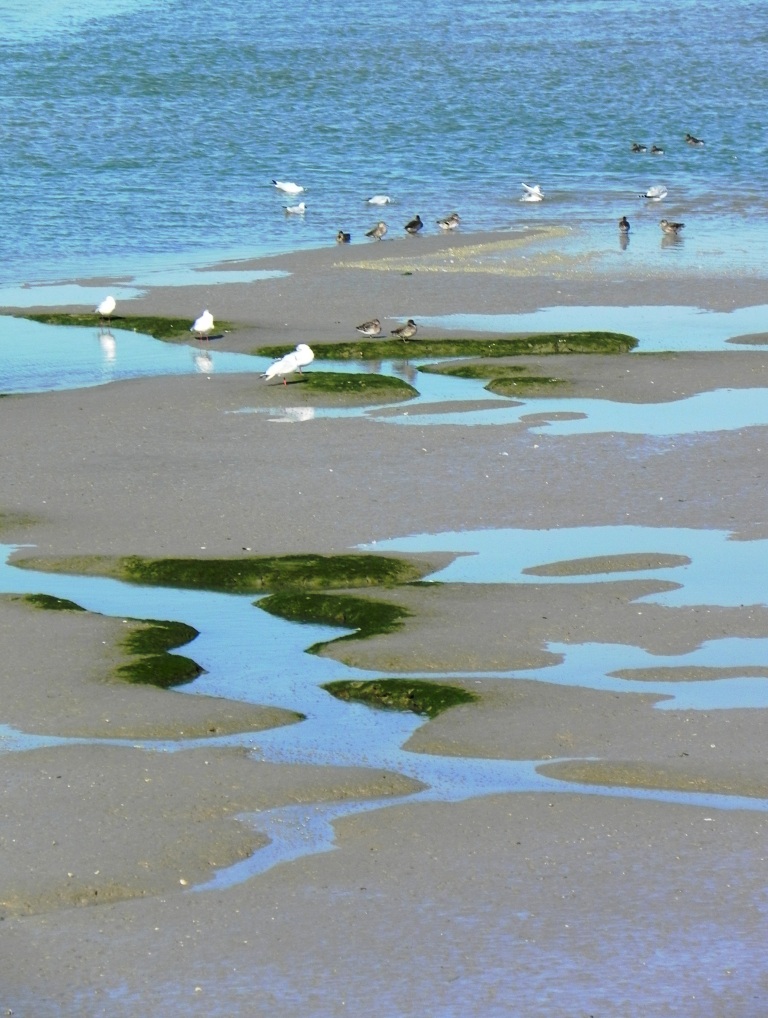 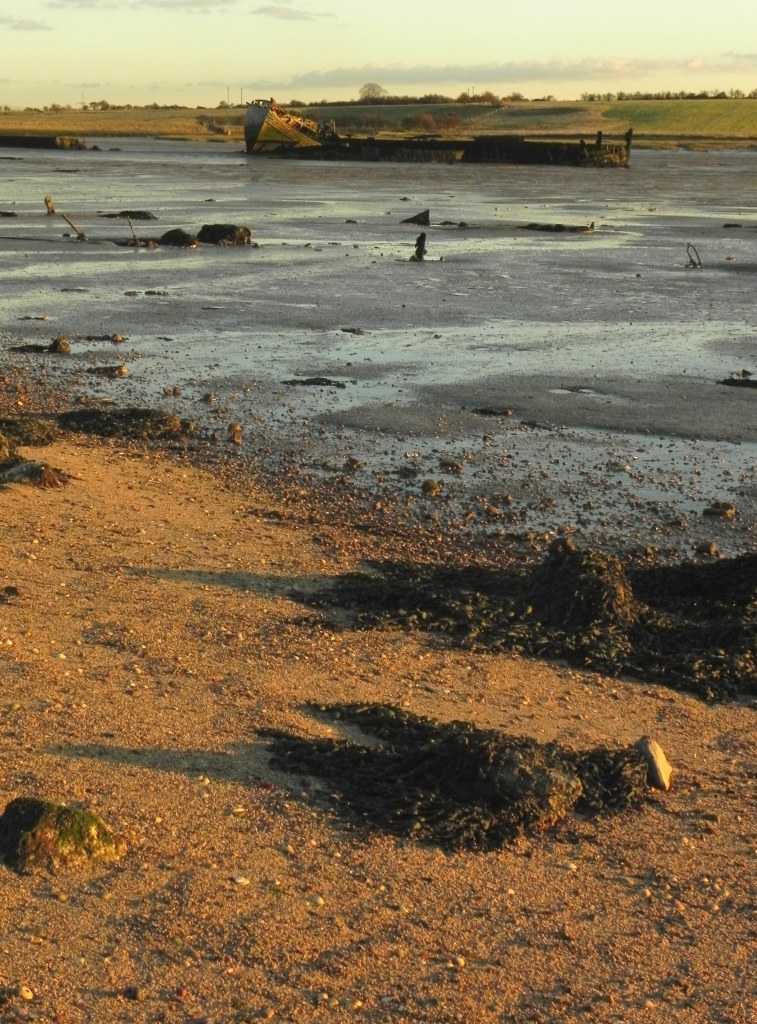 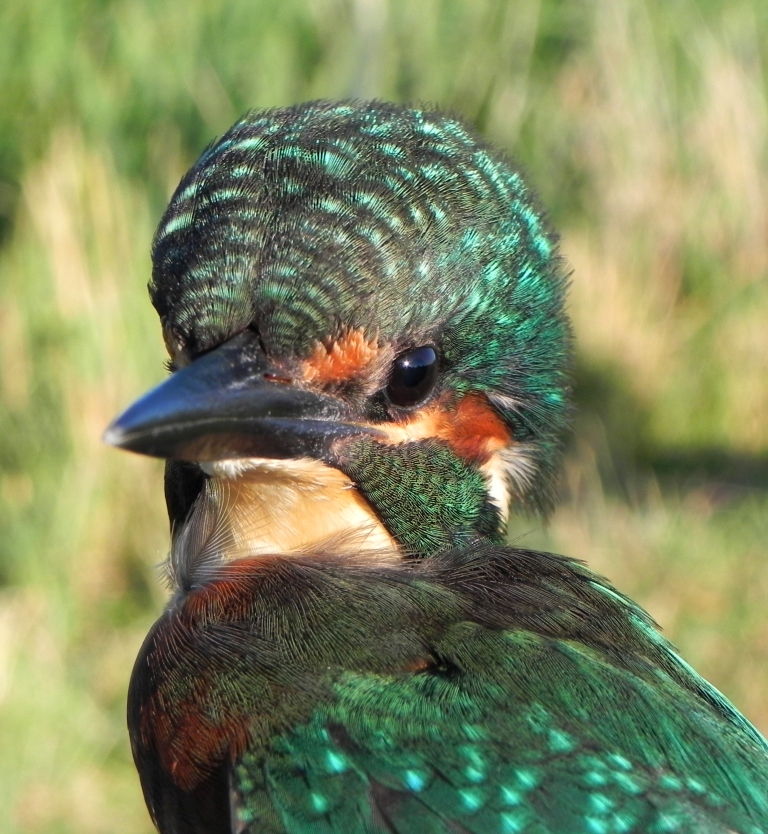 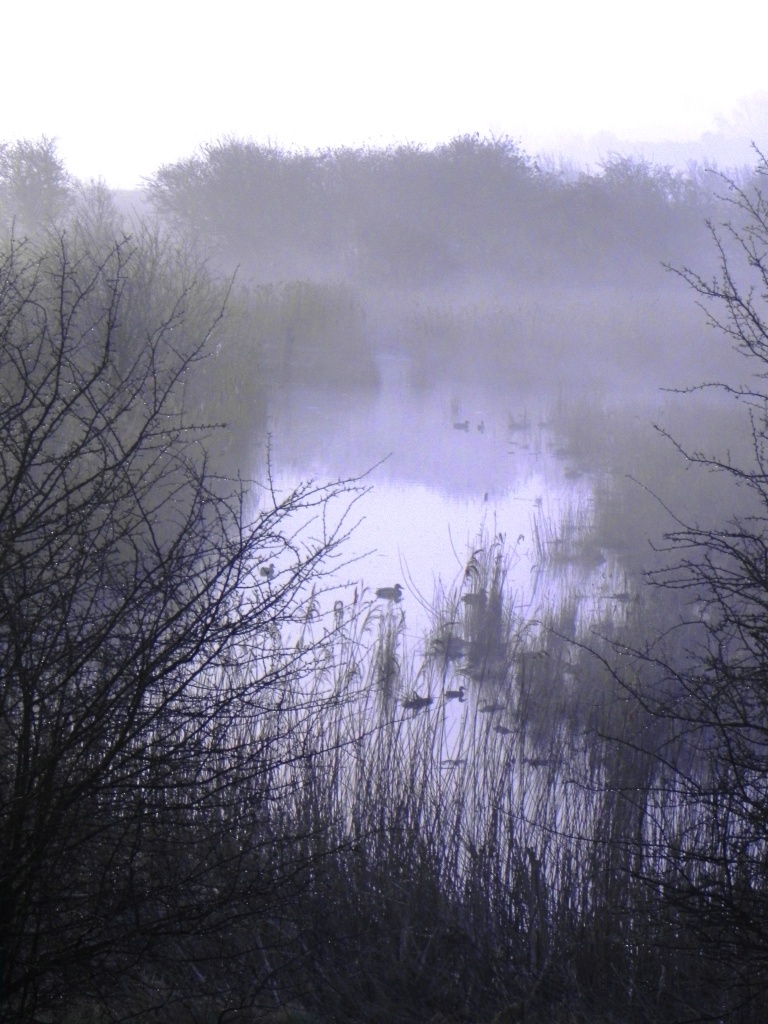 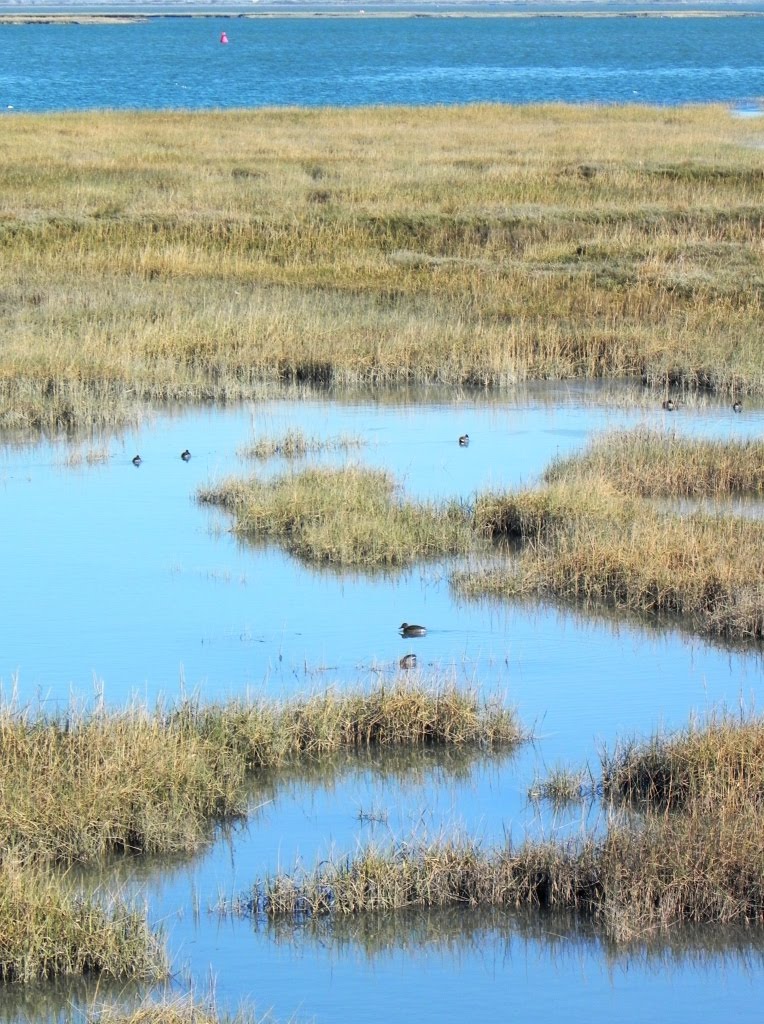